Planning a wedding can be hard work. From cake-tasting to dress-fitting, seating charts to playlists, things can get pretty hectic in the days, weeks, and months leading up to the big day. And if you’re celebrating your nuptials overseas, things get even more complicated—and we don’t just mean making travel arrangements. Destination weddings abroad can impose a bunch of regulatory hurdles in order to make sure your dream ceremony legally ties the knot.

Most countries require documentation proving that each individual to be wed is legally able to marry. Proof of eligibility to marry may include proof that any previous marriages have ended, such as a divorce or death certificate. If you are planning to be wed in a location where English is not an official language, you may be required to have these documents translated ahead of time.

Moreover, a US marriage license isn’t sufficient in some countries, which have entirely different forms that need to be filled out and filed prior to the wedding day. Wedding officiant Ron Gallagher of Your Celebrant advises that in Australia there is no marriage license, but rather a Notice of Intention to Marry that must be filled out and witnessed by an authorized marriage officiant no less than one calendar month prior to the marriage date.

And dreaming of that wedding on Bora Bora? Be advised that you’ll need to file a raft of documents, including an application for the “Marriage of Foreign Citizens in French Polynesia,” authenticated copies of birth certificates (translated into French by an approved translator and legalized by the French consulate), and a letter signed and dated by both future spouses addressed to the mayor of the commune where the wedding will take place. Oh, and if you have prenup, that, too, needs to be translated into French and authenticated by the French consulate.

France is among the popular wedding destinations that impose a residency requirement on the happy couple: at least one of them has to have resided in France continuously for 40 days immediately before the wedding in order to be married in a civil ceremony. So what’s the residency requirement for a religious wedding? None—because religious wedding ceremonies are not legally recognized in France. Sure, you can have a religious ceremony in that charming French church, but you’ll need to present proof that you’ve already been married in a civil ceremony.

Some countries, including Mexico, demand blood tests that ensure that the newlyweds are free of STDs or certain hereditary disorders. And some require parental consent for a bride or groom under a given age; Aruba, for instance, demands a notarized letter of consent from the father (unless he’s deceased) for a prospective spouse under the age of 21.
“Every country is different and needs to be researched before to make sure proper laws are being followed,” says Alan Katz, presiding officiant at Great Officiants.

Consult with the foreign embassy or consulate of the country in which you are planning to be wed to make sure you’re complying with all necessary local laws. It’s also wise to consult with a lawyer or an American consulate or embassy as well.

Marrying someone from outside the United States

If you’re betrothed is from somewhere outside the United States, you’ll need to abide by specific rules which, again, will vary country to country. Generally, however, you can expect to be asked to produce a number of additional documents to satisfy the legal requirements of both the United States and the country in which you’re to be wed.

If you plan to return to the states as newlyweds, check with the U.S. Immigration and Nationalization Service website for more information on how to obtain a visa for your spouse-to-be. In addition, you’ll need to consult with the embassy of the country from which she or he is planning to emigrate. Be prepared to take care of this ahead of time, as obtaining a visa and clearing all of the necessary paperwork can take several months.

In some countries, marrying a national of that country will automatically make you a citizen of that country or provide a fast-track to naturalization. The automatic acquisition of a second nationality doesn’t affect U.S. citizenship, but naturalization in another country may result in the loss of U.S. citizenship. For details, consult the U.S. embassy.

Consider getting legally married in the U.S. first

While a courthouse wedding may be the polar opposite of the destination wedding you’ve been planning, Katz strongly suggests couples consider getting the legal aspect squared away before traveling abroad for a ceremony and celebration. To stave off a potential headache later on, he always recommends couples get legally married in the state in which they live, saving the ceremony for your location of choice.

“This way they don’t have to hassle with getting a license in a foreign country or another state,” he says. “It is so much easier to take care of all the legal mumbo jumbo locally than from a far. This way you can do a commitment ceremony and not need to comply with any local laws.” 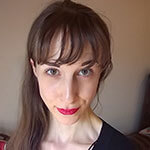 Kate Daniel is a professional writer, journalist, and editor with experience writing articles and blog posts for a variety of print and online publications. She has reported on and written about a variety of topics ranging from homelessness and mental health to personal finance and fashion. Kate obtained her degree in English and journalism from Eastern Washington University. She lives on Whidbey Island (near Seattle). See more of Kate’s work on Contently.

View all articles by Kate Daniel.

Home Relationships Making sure your overseas marriage is legal