As the #MeToo movement has picked up steam, public figures like Kevin Spacey, Matt Lauer, Mario Batali, and more have been accused, and have admitted to, sexual impropriety in the workplace. Presumably, sexual impropriety and harassment by thousands more men (and likely at least a few women) who are not famous has been brought to light as well. Famous or not, these allegations can have far-reaching effects for those accused and their families, especially for those that are married.

If your spouse has admitted to sexual harassment or impropriety in the workplace or elsewhere, here are some things to keep in mind:

You may want to protect yourself in writing.

You’ll want to clarify the rules in your own state, but under Colorado law, a lawsuit that is filed as the result of sexual misconduct or harassment during the marriage is a marital debt – even if that lawsuit hasn’t been filed or turned into a judgment.  When a debt is marital, the court has the option to divide that debt in any manner it determines is fair – including a 50/50 division.  While a court cannot divide property solely based on “marital misconduct” or “marital fault,” a court may consider the economic consequences resulting from the harassment, but not the wrongfulness or immorality of the conduct, in determining the division of assets.  While it’s a nuanced argument, it’s ultimately left up to the court to decide if you will share in that debt or lawsuit.

The only way to truly protect yourself from a spouse’s harassment and that liability is a Marital Agreement, or Post-Nup as it is commonly called.  A Marital Agreement or Post-Nup can be established during the marriage – the same as a Pre-Nup – as long as both parties fully disclose all aspects of their finances, no one is forced to sign under duress, and parties either have attorneys or they are given a written advisement of their rights (at least that’s the case in terms of Colorado law).  A Post-Nup cannot be entered in contemplation of divorce, i.e., you are about to file for divorce or have filed.  Simply, if you are about to file or have filed, it’s too late for a Post-Nup.

Within that Post-Nup, you can draft a provision that allocates any and all liability from your spouse’s harassment or sexual misconduct to the offending spouse.  If your marriage has been shaken by your spouse’s actions and you believe divorce might be a possibility, getting a Post-Nup now rather than waiting until it is too late can ensure that you are not financially at risk for your spouse’s behavior and receive what you are due.

Keep in mind that if you are still married and a judgment enters as the result of a harassment lawsuit, your Post-Nup does not stop a victim from going after or collecting a judgment against jointly titled assets prior to your divorce.  The Post-Nup is merely a contract between spouses and is not a defense to shield your joint assets from victims.  Your only remedy is against your spouse during the divorce proceeding via enforcement of the Post-Nup.  Further, if your divorce is a merely a way to defraud creditors from judgment, a sham or ruse, the divorce and division of assets may be set aside – subjecting your marital assets to collection or judgment.

A physical fight now can have serious consequences later.

While finding out about a spouse’s infidelity is sure to spark anger, remember that your actions now can have long-lasting consequences. Accusations of domestic violence will likely be factored into a judge’s decision regarding your fitness to be a parent, so getting into a physical fight with your spouse could lead to losing ground when it comes to arguing for custody of your children in a divorce.   In a custody fight, if the court finds that you committed domestic violence, the law directs the court to enter orders that almost always disfavor the perpetrator of domestic violence when allocating parenting time and decision-making.

What you say to your children matters.

It’s hard not to want to speak ill of your spouse in light of such news, but make sure that you try to remain positive when speaking with your children about your spouse even while your instinct may be to protect them from your spouse’s behavior. In Colorado, judges actually use how you talk about your spouse as a consideration for who wins custody.  Specifically, they are required to consider “the ability of the parties to encourage the sharing of love, affection, and contact between the child and the other party,” and in our experience, it’s one of the biggest factors when determining parenting time. The judge’s desire is to award more time to the parent who is the most supportive as a co-parent when it comes to their ex-spouse, even as you try to protect your children from behavior you fear may indicate a personality defect that can’t be excused. 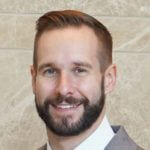 James M. Cordes is an experienced Denver divorce and family law attorney who received his undergraduate degree from the University of Colorado, Boulder, and his law degree from the University of Denver Sturm College of Law. James practices family law at both the trial and appellate level. He has successfully tried family law cases in courtrooms across Denver and Colorado including Permanent Orders, Temporary Orders, modification of child support and maintenance, contempt, protection orders, attorney fees, child relocation, and the emergency restriction of parenting time. Foremost, James' trial experience and knowledge of the courts guide him in negotiating cost-effective, fair, and creative settlements through mediation.

View all articles by James Cordes.