On Sunday, September 24, 2017 President Donald Trump announced that his administration had developed an updated travel ban, which he claims will bolster domestic security. The new order includes a number of modifications to an earlier travel ban that was issued just days after Trump took office.

Like the original ban, the new policy faces significant opposition from immigrant-rights groups and the ACLU, and will likely spark legal challenges.

The new ban will affect a total of eight countries: Chad, Iran, Libya, North Korea, Somalia, Syria, Venezuela, and Yemen, all of which are deemed to have failed to meet anti-terrorism and security standards set by the administration. North Korea and Syria face the roughest treatment: the ban suspends the entry of anyone from these two countries, either as immigrants or non-immigrants.

Chad, Iran, Libya, Somalia, and Yemen are treated a bit less harshly, as the ban restricts immigrants and only certain non-immigrants. Venezuela receives the most lenient treatment under the ban, which only bars Venezuelan government officials and their families from entry.

As explained by one of Trump’s assistants, this updated travel ban is “conditioned based, not time based,” and so the restrictions are not set to expire after a certain time period, as was the case with the earlier ban. The administration has also noted the symbolic significance of the measure, and has pointed out that the ban should serve as motivation for affected countries to work more closely with the United States to combat terrorism and promote global security.

The inclusion of that “condition based” language, which creates a theoretical path toward getting off the list, could increase the likelihood that this version of the travel ban will pass legal muster. Likewise, different terms of treatment for different countries indicates that there were considerations beyond just religious litmus tests, and so accusations of this being a “Muslim ban” are less applicable.

Still, the ban will almost certainly face legal challenges that could lessen its impact. The Supreme Court was scheduled to hear arguments on the constitutionality of the original travel ban on October 10, but it cancelled that hearing in light of the new ban, presumably to let lower courts hear arguments over the legality of the new policy.

The Trump administration insists that the new ban is only concerned with the safety of the American people and does not discriminate against Muslim countries, the issue that was at the heart of lower court rulings against the original travel ban. Nevertheless, Muslim-majority nations constitute most of the countries affected by the new ban.

If you are concerned as to how the new travel ban might affect you or your family and associates, you should contact an attorney who specializes in immigration law. 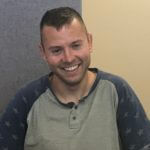