Indiana’s recent Religious Freedom Restoration Act sparked fiery debate about whose rights are being infringed upon the most. Do civil rights trump religious rights, or vice versa? Or is there a middle-ground?

The context, and controversy, extend far beyond the Indiana and Arkansas legislatures.

City of Madison makes 'nonreligion' a protected class. Ordinance is believed to be the first of its kind in nation. http://t.co/ji1BDSvqbw

The Weaponization of Religious Exemptions Some musings inspired by the Indiana backlash and the backlash to the… http://t.co/juVoUKmmcO

NEXT: Why Indiana’s homophobic religious freedom law is a disaster 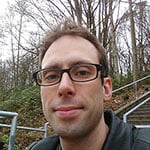 Matt Longman is Avvo’s Social Media Manager. A native of the Pacific Northwest, he received his MBA from the University of Washington Foster School of Business.

View all articles by Matthew Longman.

The bakery did indeed discriminate: They where openly subjective toward the customer. Firstly, identified customer, perceiving he was of a certain group. Discrimination comes into play when a person or group is picked out, separated, and then treated differently from others. I question. does this bakery make a habit of readily serving, as well as, accommodating customers' as a whole? The bakery, also, went further to say their reason for not accommodating customer is due to religious belief.
You all can go right on ahead a quote the bible, make Christians look bad as a whole, as well as, misrepresenting Christians. Now, who's side are you really on. And yes what are you really believing.
I've never read or head that God hates homosexuals!! Research, what you'd want to say before quoting God's word.
Now if I'm not mistaken, we are to love everyone, each other, along with, God not being a respecter of anyone. We are to love the homosexual person and hate the act. That's it. So next time someone comes to the bakery. Please make the cake.
As a Christian where is your empathy?? If appropriate, graciously explain to the customer the reason(s) you are unable to totally accommodate them, as much as they would like. Thought you where there for business? How about, religious rights VS lack of customer service.