Drones have long been a common element of science fiction, tracking down runaway criminals or spying on people from far overhead. Now science has caught up with fiction, and drones are not only a reality but also a manifestation of America’s fear for privacy. The best way to combat this fear is to know the facts. To clear uncertainty, we examine what types of drones are used today, current regulations for use, major obstacles to drone use, and who uses drones in America.

A drone is an unmanned aircraft that follows a predetermined task or is controlled by someone on the ground. They are officially called Unmanned Aerial Vehicles, or UAVs. Drones come in many shapes and sizes. Military drones are often shaped like fighter jets, though much sleeker and smaller. The drones used by hobbyists may look like small domes surrounded by four sets of helicopter-like propellers. Today’s drones are not significantly different from remote-controlled airplanes. A drone costs $300 to $1,000, which means that amateurs can purchase them.

UAVs can be used in delivering goods, tracking hurricanes, creating 3-D maps, protecting wildlife, farming difficult terrain, and assisting in search and rescue operations. These types of drones are currently being tested in select sites, but private and commercial drone use remains largely illegal in the United States without prior approval from the Federal Aviation Administration (FAA).

Current regulations for use

Current regulations for drones, which follow a 1981 FAA law meant to govern the use of remote-control airplanes, are in need of an update. A hobbyist, but not a company or an industry, can use a drone as long as it stays away from airports, does not exceed heights of 400 feet and is not being used for profit. To determine what kind of legislation should govern the use of UAVs, the FAA is currently running test flights in several locations across the United States. Congress has ordered the FAA to safely integrate drones into airspace traffic by 2015.

This year, the FAA issued the first permit in its history for a UAV to fly over United States’ soil. The permit was issued to BP to monitor environmental safety in the oil fields of Alaska.

Currently, the FAA is in the process of creating user restrictions to ensure that drones are operated safely. Regulations vary largely by state, and the FAA is trying to get regulations passed that are consistent across the United States. Most of this regulation involves protecting the privacy of Americans. This year, legislation regarding drones and privacy has been introduced in over 30 states, is active in 22 states and has been voted into law in three states. It is vital that states be proactive about making regulations regarding drones.

While there are many benefits to drones, there are also many difficulties associated with widely adopting a new technology. Imagine the hazards of busy air traffic, drones crashing into one another and falling debris hitting people below. America will need to establish more air traffic control centers to monitor and prevent these situations, since an increase in the number of drones will increase the potential for accidents.

However, despite possible dangers, privacy is the number one concern for most Americans. For example, a neighbor with a UAV could look in a window or see someone sunbathing by a pool, and there are not laws to prevent this. This is extremely unsettling and invasive, and lawmakers are working to protect privacy without hindering the progress of drones. Existing laws, however, are so new that enforcement is limited and difficult.

Outside the government, drones are used by both large corporations and hobbyists. Hobbyist users include anyone using drones for non-commercial purposes, from a high-tech gadget enthusiast to a photographer trying to secure an aerial shot. As long as a person is not making money from the flight of the UAV, the law considers them a hobbyist. Though drone use is not yet legal for corporations, many companies see drones as vehicles of the future.

The retailer Amazon.com Inc. is one such company actively pushing for legal drone use. According to CEO Jeff Bezos, Amazon drones can deliver packages in half an hour and can carry loads up to five pounds, which covers 86 percent of Amazon deliveries. The Amazon test drone, the octocopter, is not currently in use, but will be soon. While it is still illegal for the octocopter to be used, Amazon is pushing the FAA for a license, which they will likely secure.

Another industry that would benefit from UAVs is the farming industry. Drones could plant, fertilize, spray pesticides, and even provide visual evidence of crops in hard-to-farm areas. Countries such as Japan have been using drones to farm in mountainous areas for over 20 years.

The movie industry is also pushing for legal use of drones in filming. Drones can capture amazing shots that cinematographers previously had to use cranes, or even airplanes, to get. Some movie studios have already used drones to film scenes from less than 400 hundred feet above, as required by law, and seven film production companies recently submitted licensing paperwork to the FAA to use drones for artistic purposes on controlled sets.

Because of the numerous benefits of drones, it will not be long until they are completely legal. Someday soon, we will see traffic in the air, but its density, prevalence, and regulation depends on laws being made now. Once the FAA creates usage guidelines, states will have to accept these stipulations and enact laws regarding drone use. With huge companies such as Amazon lobbying for wide drone use across American cities, seeing drones in the air will cease to be science fiction and become part of our daily reality. 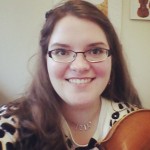 Susan Speicher is a freelance writer with a heart for social compassion, and a full time violin and viola teacher with a Bachelor’s in Music Business. She believes in education, knowledge and that information should be available to anyone brave enough to ask a question.

View all articles by Susan Speicher.

I was always under the impression that a homeowner owned the airspace above their home up to 500 feet,and I was also always as well under the impression that citizens we especially free from warrant-less searches of any sort and that citizens could reasonably expect privacy within their abode unless there was due process at work. So if I am correct how can anyone but more especially the Government have the authority to enter into my airspace and not be considered trespassing?

Home News Politics Regulating the Air: The Future of Drones and American Privacy