For many, fireworks on the Fourth of July are an integral part of the celebration, but can you buy them yourself and put on your own show? The short answer: maybe. And much depends on exactly where you live.

Fireworks have been a part of the holiday since the year after the Declaration of Independence was signed. John Adams, one of the men involved in drafting the Declaration (and later the nation’s second president) had proposed that the signing be commemorated annually with “Illuminations from one End of this Continent to the other.”

However, over the years since, firework safety became a larger issue. By their very nature, fireworks can cause a myriad of injuries, from mild eye irritation to burns, accidental amputations, and even death. And while harming yourself is bad enough, if your fireworks wound someone else, you might end up on the wrong end of a personal injury suit. And even if your pyrotechnics don’t result in bodily harm, errant fireworks can trigger fires that cause severe property damage.

In view of these safety hazards, state and local governments have passed a variety of laws restricting the use of personal fireworks, often holding large-scale public fireworks displays as an alternative. These laws vary from state to state, and some can seem downright weird. Many cities and counties have ordinances that restrict fireworks even more than their state law. But even the most restrictive locales often allow some items, such items as sparklers, ground-based sparkling fountains, and other novelty items that don’t make a loud “bang” and remain on the ground.

If you’re planning to purchase fireworks but are unsure of your local laws, get in touch with your city well before your holiday shindig. If you visit a firework stand in your community and can only purchase certain fireworks, that’s probably because those are the only pyrotechnics allowed within the local jurisdiction.

And if you choose to venture afar, like to the next city or state (or to an Indian reservation), to get your Roman candles and M-80s, be aware that you are taking on extra-legal risks that require abundant caution. Your health, the health of your spectators, the health of your neighborhood, and the health of your pocketbook (in the form of avoiding a hefty fine) depend on it. 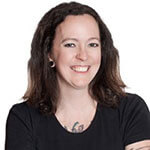 Home News How to legally put on a fireworks show