I must tell you, in all honesty, that I’m the world’s most reluctant Taylor Swift fan. A music snob who objected to country on principle when you first appeared on the scene, I initially dismissed you as one more in a series of fresh-faced female teenage country stars who would burn bright, but soon fade from the public eye (see also: Wynonna Judd and LeAnn Rimes). But I’ve always been a sucker for a good hook, and even then, back in the Fearless days (this post’s title, if you didn’t notice, comes from that album’s Love Story track), your talent for a great pop song was hard to deny.

Now, you and I are all grown up. You’re a world-famous pop star who’s left her country roots behind and bought a ritzy place in Manhattan; meanwhile, I’m a 7th year lawyer and legal industry pundit, as well as a married dad with three boys who love, well, Taylor Swift. So I hear the latest news about you, like you might be engaged soon (if certain ring-buying rumors are to be believed). And I also hear that you want to skip the prenup, because you think “it’s so unromantic.”

I believe that, at heart, you’re still that young girl who chased her dream to Tennessee, adopting Nashville’s culture and values. And I’m sure you think you’ll beat the odds. That’s why I think you should know about a few pieces of information you may not have considered.

First, as a woman and a de facto Midwesterner, you are significantly more predisposed than average to believe that relationships are meant to last:

Take a look at this chart: Now look at this one: See how much gender makes a difference? And look at what an impact geography has! Northeasterners are dramatically less likely to believe in “romantic” true love than are Midwesterners – by a whopping 10%!

Speaking of geography, I’m sure you haven’t even thought about the state you might get married in. That’s fine, you have time to decide. But beware! Community property states such as Washington, California (I know you have a three-bedroom cottage in Beverly Hills), and Texas can change the nature of the property that you bring to the marriage.

And there’s more. You may think your deep love for Calvin Harris, your intended, is the most valuable thing you’d bring to the marriage. Or maybe it’s your fabulous looks, your amazing touring prowess, your bravery in the face of imposing technology companies, or your expertly honed selfie abilities.

Don’t kid yourself, Taylor. The rights that you have to your current songs far outstrip the value of any asset you’d bring to the table, be it emotional, physical or financial. Through the beauty of residual rights, this particular asset will keep paying huge dividends long after you’ve lost your taste for touring, made your “difficult” record, quit music entirely, joined a commune in Taos, had a marginal comeback, and finally landed as a headliner in Vegas.

I’m not an expert so I’m not saying that these rights are in jeopardy simply because you don’t have a prenup. But you’re potentially marrying a fellow musician (or “DJ” as the kids say), and it’s completely possible that you two might collaborate on music past, present, and future. Absent some kind of agreement who would own such a collaboration? And what if that collaboration includes something from before you were married? Who would own the rights to that?

My point is this: intellectual property rights in a marriage can get really complicated. Like, seriously. A prenup can help clarify going in who owned what, who owns what, and who will own what.

And there’s something else to consider: the two things couples fight about most are sex and money. You’re a good, modest Midwestern girl, as I mentioned, so I’ll leave that first one to you. But as a lawyer and a husband, I can tell you LOADS about the second one.

Because we’re not that different, you and me. Maybe people don’t see that, but I do. Sure, you’re rich, talented, beautiful, and probably sitting in a bath of Pellegrino in Bali while I’m a 30-something, average-looking white-dude pounding this out on a business trip at the Chicago Airport Comfort Suites, but every couple—and I mean every couple—fights about money at some point. The only difference is the number of zeros involved.

But when you and Calvin fight about money—and you will—you have a lot more at stake than he does. That’s not because I question his talent or music or his business people. It’s because it’s just true. So why not de-escalate those fights before they even start? Get a prenup!

I appreciate that “romance” makes you want to run headlong and heedless into your lover’s arms. But you have too much at stake. Think of the amazing body of music you’ve fought hard to protect. And the long, productive career still ahead. And that beautiful cottage in Rhode Island.

Finally, to just interject one final piece of data: “romance” and prenuptial agreements are not mutually exclusive. Not by a long shot. In fact, most Americans say a partner asking for a prenup would not call their partners’ feelings into question:

So, really, prenups have very little to do with romance and a lot to do with common sense.

Taylor. I’m totally happy for you. Truly. You’ve come a long way for someone so young and you’ve compromised so little. Now, you’re about to make a big decision. One of the biggest decisions that anyone makes in life – regardless of economic status. It’s worth it to take some time and make that decision with the past, present, and future fully in view.

It is a love story but when it comes to the prenup, “baby, just say yes.”

This article has been updated since original publication. 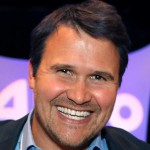 View all articles by Dan Lear.