From worldwide tours to lucrative endorsement deals, the music industry rakes in a lot of cash each year. The top 10 earners from the music industry brought in 1.4 billion pretax dollars combined in 2014. And nearly half of that total was courtesy of the number one earner.

So, which artist do you think earned the most money in 2014? Was it 17-time Grammy Award winner, Beyoncé? Or Taylor Swift, the first and only artist to have three albums sell more than one million copies in a single week? Nope, the world’s highest-paid musician is rapper-turned-producer-turned-entrepreneur Dr. Dre, who made more than half a billion dollars last year. Read on for more information about Dr. Dre and the music industry’s other top earners.

Like other artists on the list, Bruce Springsteen earned his millions in large part due to his world tour, “High Hopes.” Seen as a continuation of 2012-2013’s “Wrecking Ball” world tour, it earned an average of $4 million per show, helped Springsteen pull in $81 million for the year, and reached 26 countries, the most of any Springsteen tour.

Throughout his career, Jon Bon Jovi and his band have released 13 studio albums, two compilations and two live albums, selling more than 100 million records worldwide and performing in more than 2,700 venues in over 50 countries. Concerts seem to be the sweet spot for the group; their 2013 “Because We Can” tour included 60 shows across six continents and earned the group over $142 million.

The legendary four-person rock band, originally formed in 1971, hasn’t slowed down one bit. The Eagles were the only other act to reach the nine-figure mark last year, earning $100 million thanks to their “History of the Eagles” tour. Their tour began in Kentucky and will conclude on March 15, 2015, in New Zealand. They have already played multiple sold-out concerns in New York, Los Angeles, Dublin and London.

Queen B pulled in $115 million in 2014, her most lucrative year yet, largely thanks to her “Mrs. Carter Show” tour. She played 95 shows, bringing in an average of $2.4 million per city. She also released a surprise album titled “Beyoncé,” which has sold roughly 1.43 million copies and debuted at No. 1 on the Billboard chart. She also secured profitable endorsements with companies like Pepsi, for $50 million, and H&M, where she became the face of its summer collection and even had a hand in designing some of the clothing.

Besides his solo debut, “The Chronic” in 1992, Dr. Dre has only ever released one other rap record, titled “2001.” He has been working on his much-anticipated album, originally called “Detox,” for 13 years, officially dropping two singles in 2010 and 2011. So, what did he do in 2014 to become the highest-paid musician?

He sold his headphone company, Beats, to Apple for $3 billion. As a result of the sale, he took home $620 million before taxes in 2014 — the largest single-year haul of any musician, ever.

It also gives him the widest margin ever between the first and second spots on the top-earning musicians list. Half a billion dollars separate him from the number two spot.

So, what have we learned from this list? Besides the fact that Dr. Dre earned the equivalent of $19.66 per second last year, we also learned that multifaceted artists dominate. Dr. Dre is the perfect example: He has led a personal music career, has overseen the careers of other rappers like Eminem and 50 Cent, and is a successful entrepreneur, having founded companies like Beats Electronics and his record label Aftermath Entertainment.

Beyonce’s tours, albums, clothing collections, endorsement campaigns and even her Instagram account elevate her to a brand, not just a singer. And the Eagles must be doing something right if their fan base is still strong and growing, 40 years later. 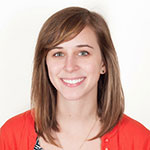 A Seattle native, Emily creates original PR and marketing content, specializing in thought leadership. Professionally, she is a published ghostwriter in Forbes, Business Insider, Seattle's Child and dozens of trade publications. Personally, she has published two e-books and is a frequent guest blogger for travel blogs.

View all articles by Emily Esposito.