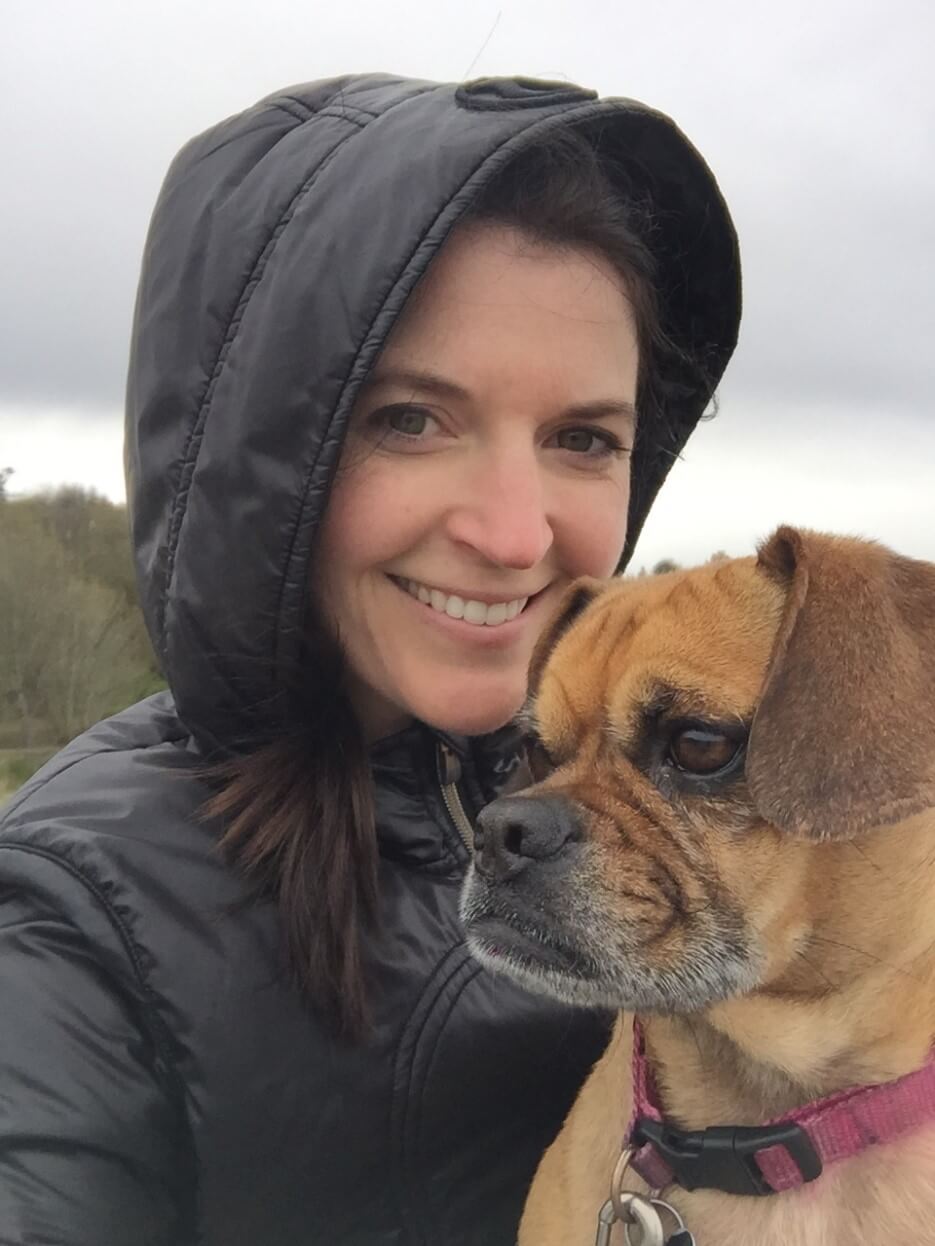 This is a fun story! Back in 2012 when I was an office manager at a different company, one of the sales reps asked if I could watch Riley while he went to a doctor’s appointment. I said yes, of course and she hung out at the office while I kept working. We kept hanging out because that rep never come back to pick Riley up at the end of the day… or ever. After repeated attempts to reach that rep, he conceded he did not want to keep her. So I kept Riley, and we are living happily ever after.

How did you decide on her name?

She came with her name, and I didn’t feel like I could change it because she was was already a year and a half old. Plus, I think she likes it.

How often do you bring her to work?

I bring Riley every day! She gets a little separation anxiety if I leave her home alone, so it’s nice that I don’t have to take her to doggy daycare anymore.

She loves any meat-flavored treats. Some fellow Avvo-ites started teaching her tricks with beef jerky, and now every time they open a jerky stick, she thinks it’s for her!

What about Riley makes you smile?

Everything. She loves people, and wants everyone to pet her. Her face is so expressive, especially her wrinkly forehead. She has become friends with some of the other Avvo dogs, and is almost always well-behaved. I love it when she’s dreaming and you can hear and see her dream-barking and wagging her tail in her sleep. 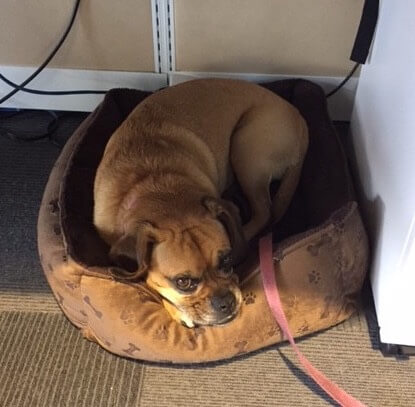 We like to go for hikes, she likes to run off-leash and explore new smells! Riley gets super excited when I ask if she wants to go for a ride in the car – she’ll go anywhere and everywhere she can with me. She’s also a great cuddler; I call her my Snuggle-Puggle.

If Riley were a person, who would she be?

Riley would be Sydney Fife (Jason Segel’s character) from “I Love You, Man.” Wants to hang out as much as possible and is easy to get along with, but will stand up for herself too; and of course, in the end, a best friend.

Home Inside Avvo Life at Avvo Meet Riley: Avvo Dog of the Month