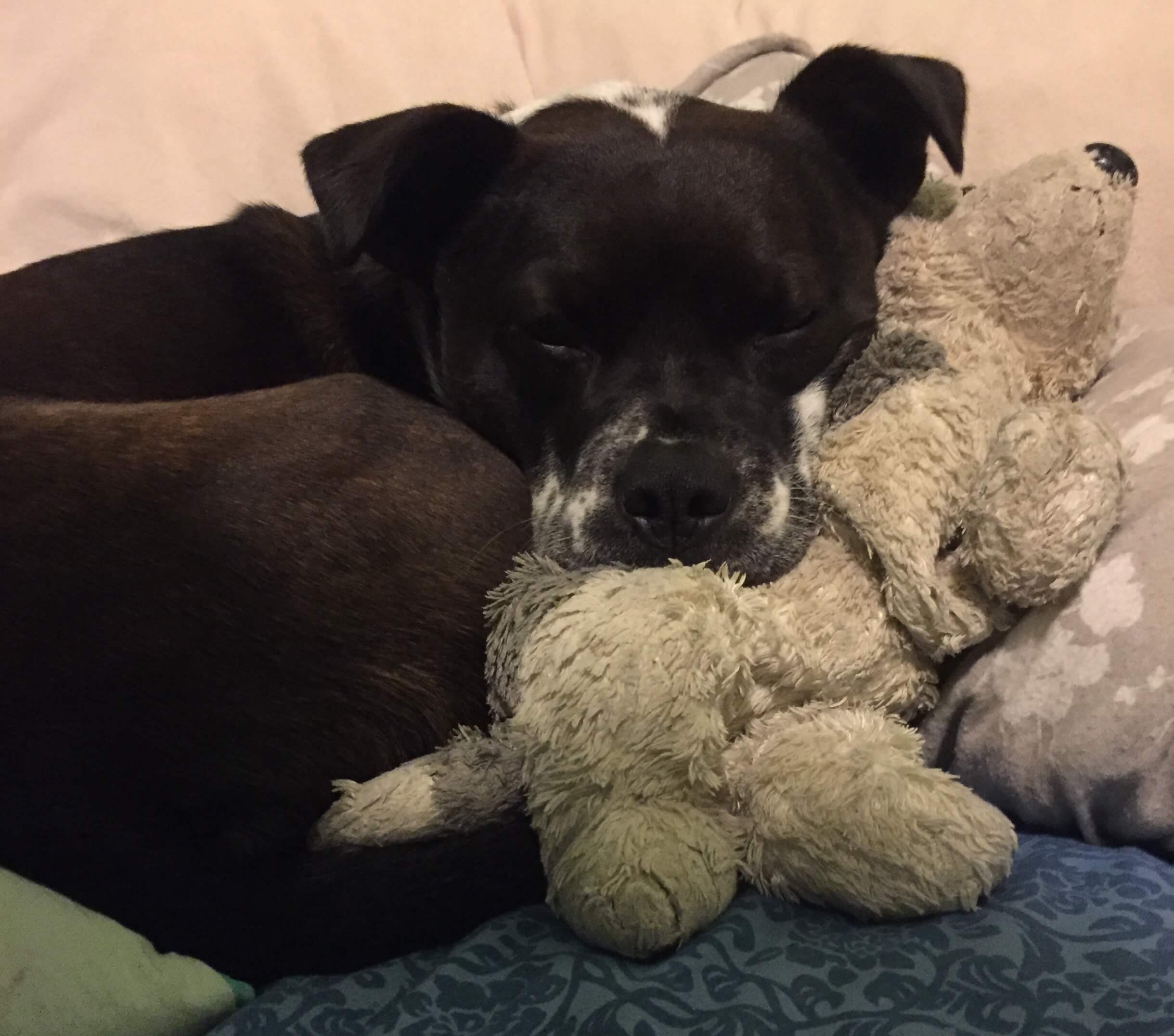 I found Chester at the Seattle Humane Society. He had just gotten out of surgery to remove BB ammo from one side of his body. All the medication made him look so sweet, and so I made up my mind. You have to wait 24 hours after surgery to adopt, so I came by the next day to bring him back to Pullman, WA with me.

How did you decide on his name?

Chester was the name given to him by Seattle Humane Society and it was too perfect for him to change it.

How often do you bring him to work?

I bring Chester to the office every day!

He loves bones stuffed with peanut butter. When I give him one I won’t see him for a few hours.

What about Chester makes you smile?

Chester has a big personality and is so expressive with his sounds. He is a total goofball and knows when he’s being silly. I love that he sploots (laying on his belly with his legs straight back behind him) whenever he gets comfy, especially in the sun. I love when he gets on my giant LoveSac and tries to bunch it up like a dog bed. It’s too big for a 35 lb dog to make a dent so he just sinks deep into the middle, to the point that you can barely see his head sticking out. 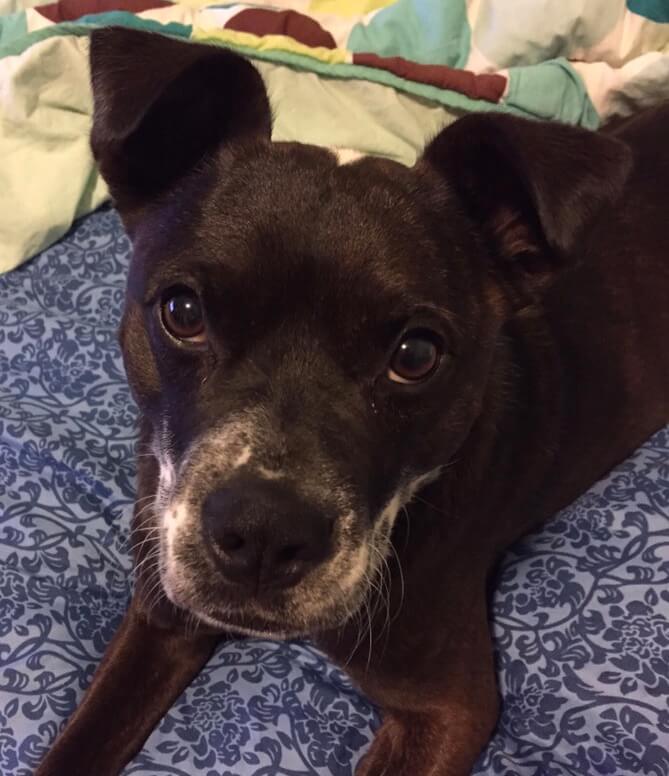 I love watching TV with him, because he comes up onto the couch and lays his head on my lap and naps. It’s the cutest thing!

If Chester were a person, who would he be?

Chester would be a short, sarcastic guy with a Napoleon complex. One of those people that you love because they tell it like it is and don’t put up with your nonsense.

Home Inside Avvo Life at Avvo Meet Chester: Avvo Dog of the Month