At Avvo, we might be busy figuring out how to get people the quality legal help they deserve – but we also know how to have fun. This summer proved no exception. From walking in the Pride parade to volunteering in the community to gathering at a family-friendly local brewery, we made the time to tackle summer 2017 Avvo-style.

Walking in the Seattle PRIDE Parade

On Sunday, June 25, we walked in the Pride Parade through downtown Seattle with our friends and families, joining other local companies like Google, DocuSign, Microsoft, Starbucks, and more. Several Avvo employees up-leveled their outfit, which featured branded Pride shirts, by wearing tutus, rainbow suspenders, and sporting “love is love” stickers.

We also increased the fun factor with guerilla-style face painting while en route. Yes, while en route! Megan McKenna, wife of Avvo Dev Ops Engineer Aaron Devey, owns a company called Clownarific, which specializes in face painting and balloon twisting. Both she and Devey tie-dyed their Avvo t-shirts for extra flair and treated spectators to quick hits of body art along the way – rainbows included. 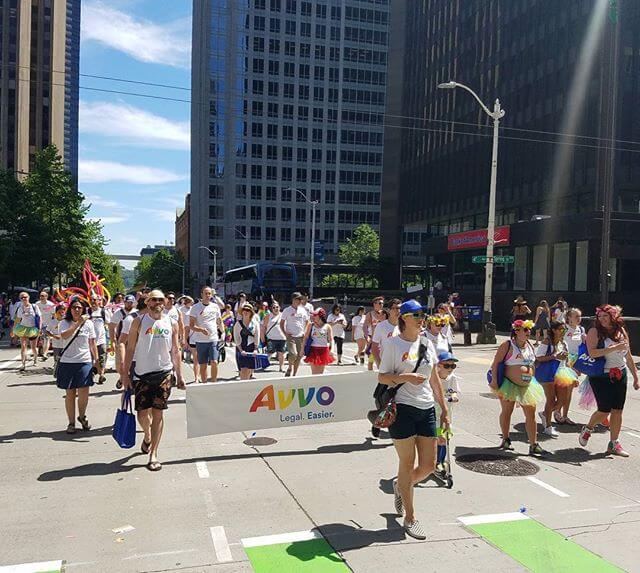 The energy of the crowds along the parade route was contagious, as noted by Rhiannon Prim, Senior Account Manager. She also said that she was attending with “a great group of coworkers that I also consider friends,” a sentiment that we hear pretty often around here.

“[Participating] is a way for employees to feel engaged with Avvo and connects us more on an individual level,” IT Support Specialist, Sean Krise, said. “It’s important to work for a company that cares.”

At Avvo, there are twice-monthly opportunities to volunteer at different non-profits around Seattle. In July, we went to Green Plate Special where we pulled weeds, picked strawberries, and learned about local produce and inclusive communities. The organization’s mission is to “inspire and empower youth to experience food in new ways through gardening, cooking and eating together.”

Other volunteers went to FareStart, located in downtown Seattle on Virginia Street, where we deep cleaned the restaurant. The FareStart Program empowers people who are homeless or living in poverty though life skills, job training and employment in the foodservice industry. While we were there, we had the honor of watching the next generation of skilled sous-chefs, chefs and more graduate from the program.

We also spent half a day at the Cherry Street Food Bank in downtown Seattle to sort, package and distribute food to neighbors in need. All-in-all, an inspiring mix of volunteer opportunities. 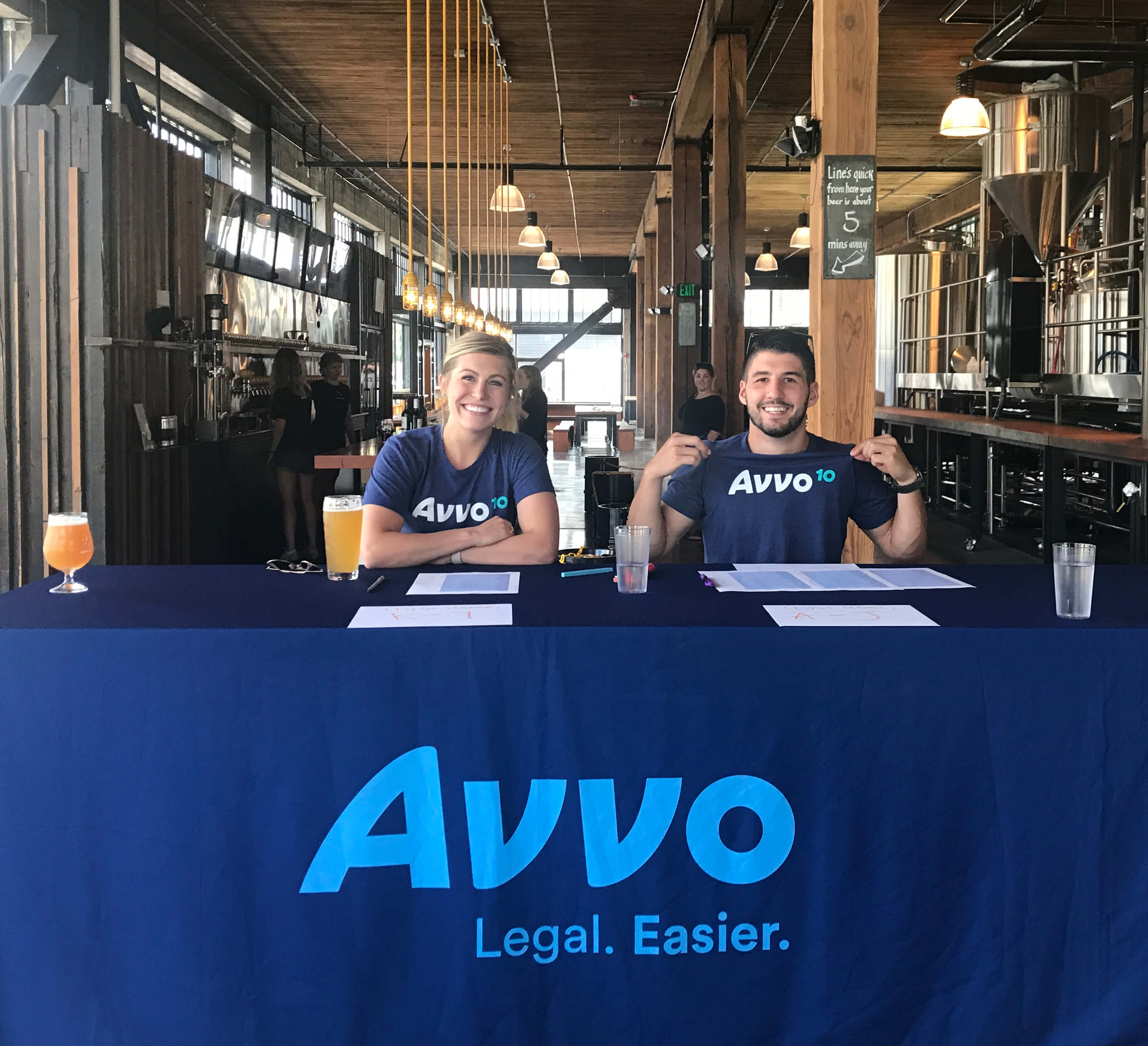 At the end of August, we shut down for a Wednesday afternoon and went to Optimism Brewing Company on Capitol Hill, where we enjoyed some amazing food from Paseo Caribbean, backyard games (Giant Jenga or corn hole, anyone?) and brews. As always, it was nice to spend time with our colleagues and their families on a warm and sunny Seattle day.

Home Inside Avvo Life at Avvo An Avvo Summer: from Pride to FareStart to Optimism Brewing