Holiday weekends, like Labor Day, Memorial Day, and Christmas/New Year’s Eve, along with annual traditions like St. Patrick’s Day, are events most of us hugely look forward to, but we have been known to let our celebratory moods get the best of us. Too often, we drink and get behind the wheel, which helps explain the huge increases in DUI (driving under the influence) rates commonly seen during these times of the year.

Insurance Consequences of a DUI

Most people are well aware that a DUI charge can be costly. And time-consuming. Consider that after being pulled over, you’ll spend months dealing with court hearings, fines, education or treatment programs, and possible jail time.

But the harshest aspect of getting a DUI from a financial perspective? Higher car insurance rates. Having a DUI conviction on your record can increase your car insurance costs up to $5,000 a year or more. That’s because most insurers move you into the “high-risk driver” category if you’ve been charged with a DUI, even if you had a clean record prior to the incident. That designation can cause your premium to double or even triple. Plus, your insurance company will drop any safe-driver discounts you may have received when you renew your coverage.

Some companies may even cancel your policy completely. While an insurer cannot typically cancel a car insurance policy that has been in effect 60 days or longer, they are able to do so if your driver’s license is suspended or revoked, and unfortunately, license suspension is an automatic consequence of being charged with DUI.

So once your license has been suspended, how do you get it back? You’ll likely have to go through an education program ordered by the court, designed for those charged with DUI and/or reckless driving. You’ll also have to get an SR-22 form by filing with your state’s Department of Motor Vehicles.

An SR-22 form proves you have the required liability car insurance in your state. Expect to pay $15 to $50 for the form. Most, but not all, states require you to have an SR-22 form if you’re convicted of a DUI (the exceptions are: Delaware, Kentucky, Minnesota, New Mexico, Oklahoma, and Pennsylvania). You’ll usually have to continue to file for an SR-22 form annually for as long as your state requires it. In general, you’ll need to file for three to five years.

Failure to provide an SR-22 form can have a number of consequences. Penalties can include fines, license suspension, extension of the SR-22 filing period, and jail time.

How long are insurance rates affected?

Your DUI will affect your rates as long as it shows up on your driving record. How long it remains on your record depends on your state. Most states will remove a DUI after three to seven years. Your premium will no longer be impacted once your DUI is removed, but it will still appear on your criminal record. This can show up if your potential employer, landlord, or credit issuer runs a background check on you.

If you want to remove a DUI from your criminal record, you can try to get it expunged. Again, states vary on their rules regarding expungement. Some might only allow removal if you were arrested but not convicted. This usually won’t show up on a background check, but will still be considered a prior conviction.

This sounds pretty bad. Do I need a lawyer?

Deciding whether or not to hire a DUI lawyer will depend on your driving record and the specifics of your case, but it’s often money well spent. Still, you’ll want to consider a number of factors before hiring a professional. Was this your first DUI? How high was your blood alcohol content (BAC) during the incident? Was anyone injured?

Dealing with a DUI arrest is a long process from the arraignment to potential preliminary hearing and trial. An attorney also can tell you whether or not you should plead guilty and assist you in working out a plea bargain if possible.

During your plea bargain, a lawyer can help you reduce your charge to a lesser sentence such as reckless driving. This is especially likely if you’re a first-time offender. A lighter sentence can mean you’ll have less severe consequences, like a shorter suspended license period and smaller fines. In some instances, an attorney might even help you get off completely.

If there are more serious issues around your DUI, such as having a high BAC, being underage, being a repeat offender, or—worst case—being involved in a DUI-related accident or even death, hiring an attorney is a necessity. In some cases, you could face up to 20 years of jail time and pay charges as high as $10,000. A lawyer can help you spot any mishandled evidence or other faulty procedures and possibly reduce your sentence.

How to save on post-DUI car insurance

Studies have shown that using a DUI lawyer, in addition to navigating you through the legal process, can save you hundreds or even thousands of dollars on car insurance. An attorney can help you negotiate the lowest rates, and even using a public defender instead of representing yourself generally reduces your monthly premiums.

Regardless, be sure to compare quotes from multiple insurers. Insurance companies take into account a number of factors when determining a premium, and don’t all treat DUIs the same way. So, if your premium spikes dramatically, shop around for a better price.

Other options: See if your insurer offers discounts for taking defensive driving classes. Or look into bundling multiple insurance policies like car and home coverage under the same company.

Above all, the best thing you can do is to make sure you don’t get another DUI. If you’re out drinking, call for a cab or ask a sober friend to drive you. Getting a DUI conviction can haunt you for years. Best to avoid the problem entirely by making good decisions. 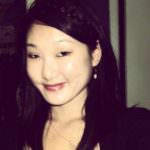 Kayda Norman is a content writer for QuoteWizard, where she writes about car, homeowners, and health insurance daily. Her work has been featured on Health.com, Rodale Wellness, and Seattle Refined. She holds a degree in journalism and lives in Seattle, Washington.

View all articles by Kayda Norman.

Given that the record that i have showing up whenever my background check is carried out is from a time i was really young and stupid,but that was over 19 years ago,i sort for all types of help to prove am a different person entirely,including changing my name,didn't help,till i met a top dog of a human resource firm who informed me of a ground of ethical elite hackers who were able to help remove my records from the jurisdiction they originate to everywhere they ever existed was totally removed from my records,it was like a dream come reality,i was able to get a job a qualify for without my past hurting me ,if your case is in anyway related to this,i suggest you contact hackhemp(AT)gmail(DOT)com ,they are professional and dependable,you can thank me later,am sure we all make mistakes and for that we deserve a second chance.

Home Crime DUI The number one cost of getting a DUI